Find out about what Alex is up to before anyone else!

Who doesn't want to know what was going through Alex's head?

Alex writes a lot of music for his books. Hear it first here! 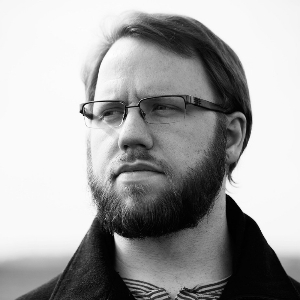 Alex White was born and raised in the American south. He takes photos, writes music and spends hours on YouTube watching other people blacksmith. He values challenging and subversive writing, but he’ll settle for a good time.

In the shadow of rockets in Huntsville, Alabama, Alex lives and works as an experience designer with his wife, son, two dogs and a cat named Grim. Favored past times include Legos and racecars. He takes his whiskey neat and his espresso black.

Alex is the author of THE SALVAGERS book series (Orbit, 2018), a magical space opera treasure hunt, and EVERY MOUNTAIN MADE LOW (Solaris, 2016), a dystopian Southern American tale.